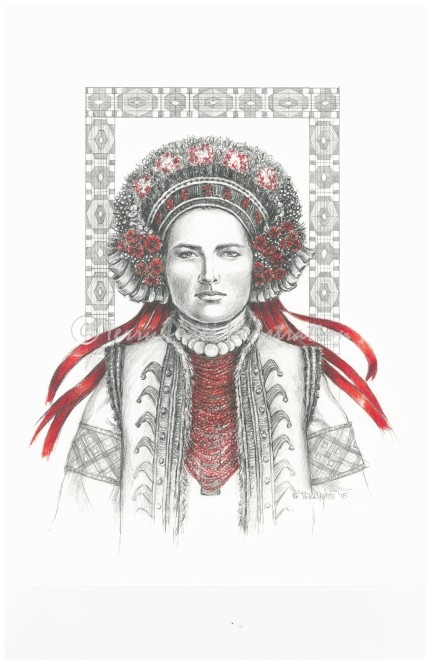 The photo of a young couple proudly displaying their festive clothing was captivating and led me to document their incredible headdress and embroidery patterns.

Pokuttia means “The land in the corner” and is often used to refer to the entire southeast corner of Galacia (Hungary to Moldavia) including Bukovyna. The Pokuttian region sits in the eastern Ivano Frankivsk Oblast, north of the Hutsul region in the Carpathian mountains bordering Podillia, Bukovyna and Boiko. Costuming is reflective of the mountainous regions and the lifestyle, similar to Podillia and Bukovyna generally. Women in wrapped skirts or “obhortka” often of a brick red colour and a sheepskin vest. The women’s long chemise is embroidered with distinct details and often in geometric patterns. The headdress is elaborate, covered in flowers and ribbon in a curved vinok shape richly adorned. 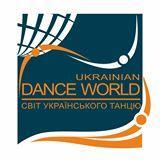